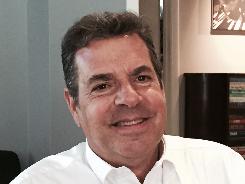 Scott's Free Spirit Rock Radio Program will include music that dates back to the early 1960's and play a lot from that period right up to current time in 2015. The show's main focus will be rock ‘n’ roll but also will incorporate some blues, R & B, as well as some folk, as these genres tie in so closely to rock music. Hopefully, as the show moves forward in time, Scott will try to bring in some guests for on air interviews with various music industry people. Good listening to all!

An avid music listener and fan since early childhood, Scott has had a genuine interest in music, radio, performance and recording his entire life. Scott has attended hundreds of live shows and seen almost all the bands that most rock fans would have wanted to get to see over the course of their lifetime. A recreational guitar player as well, Scott enjoys live music on a local level also and still gets out occasionally to catch a good local band play live.