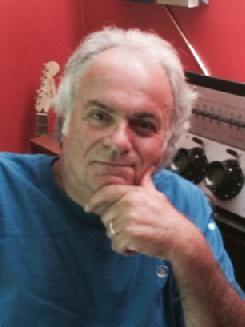 Wednesdays from 1pm until 4pm on WFDU HD1

Jack spins Stacks of Hot Wax to make your drive home or anywhere else go as smoothly as a freshly paved highway! Music culled from years of experience listening and performing makes the road trip a very moving experience! So drive in and stay for the curbside service.

Jack Pignatello is also the host of Sounds So Sweet, an internet radio program on WFDU HD1 Wednesdays from 4pm-6pm featuring the sweet sounds of jug band music.

Jack also hosts Saturday Night at The Movies on WBMA TV in Bloomfield, which is broadcast on many cable systems in the northeast and midwest, and can also be seen on the internet at www.wbmatv.com.

Jack also spends time in community theater. He has appeared as Mr. Potter in It’s a Wonderful Life at Brundage Park Playhouse, as Marvin Michaels in California Suite at TLC in Clifton, Jonathan Brewster in Arsenic and Old Lace at TLC, Franz Liebkin, the rollicking Nazi pigeon keeper/playwright in The Producers, and he was nominated for a best actor Perry Award for his role as Oscar Madison in The Odd Couple at CCCT in Hasbrouck Heights.

Since volunteering at WFDU doesn’t produce the huge sums of money that commercial radio does, Jack has been forced to find gainful employment. He spent most of his career in the arts, as a writer, a photographer and a television producer. Jack now owns the northern New Jersey franchise territory for Amramp, a manufacturer and supplier of commercial and residential wheelchair ramps and other disability products.